A bipartisan group of 36 U.S. senators sent a letter on May 13, 2019, to Director Francis Cissna of U.S. Citizenship and Immigration Services (USCIS). The letter expressed their concerns about reports of unprecedented processing delays at the agency.

The report asserted that USCIS was prioritizing immigration enforcement over the administration of legal immigration benefits in an effort to erect an “invisible wall,” effectively prohibiting legal immigration to the U.S. In its April 2018 report to Congress, the Department of Homeland Security (DHS) even acknowledged that recent administration policy changes had contributed to a reduced case completion rate. The 2017 policy changes that AILA cited as restricting the legal immigration process include rescinding the direction for USCIS to give preference to prior determinations when adjudicating petitions for non-immigrant employment-based visa extensions where the position and employer remained unchanged; implementing a new in-person interview requirement for employment-based green card applications and refugee/asylee relative petitions; and reducing the refugee ceiling almost in half to 45,000 and closing resettlement offices.

In their letter, the senators cite AILA’s report, and they repeat the report’s admonition that Congress intended for USCIS to function as a service-oriented immigration benefits agency to fairly adjudicate immigration matters, not to act as an enforcement arm of DHS. The senators pay special attention to employment-based immigration. “The delays in employment authorization applications have led to disruptions in American businesses, many of which depend on employees who need work authorization to carry out their functions,” the letter states.

AILA’s report called for greater transparency and more congressional oversight of USCIS. The senators have requested that USCIS provide a staff briefing to address the causes of the delays (particularly regarding employment authorizations), and to explain how USCIS plans to reduce and ultimately eliminate these processing delays. 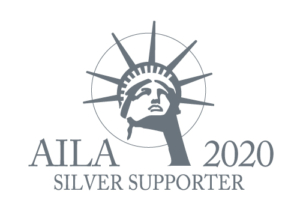